“My aquatic figures are a metaphor for life in general, and I reinterpret my fascination with water as a metaphor for the human journey. The weightlessness of the diving figure makes the viewer feel as if the diver is a mere component of a greater force. The movements of the water are the only ones that are in control of the image.

While the figure is often subjected to physical and psychological stress, I triy to make the scene seem as if it isn't real, but rather an abstraction. My interest in the water has led me to use a more solitary subject, such as a lone woman diving in a swimming pool, as a metaphor for the human journey. “

Belgian artist, Jan Keteleer, began painting water in 2003, and today his paintings of women swimming in and diving into the ocean are among his most popular works. His paintings have been compared to those of the Hudson River School and Barbizon School painters of the mid-19th century, and he has gained recognition for his work. His subject matter is often an exploration of the self, with female subjects often seen floating in groups. 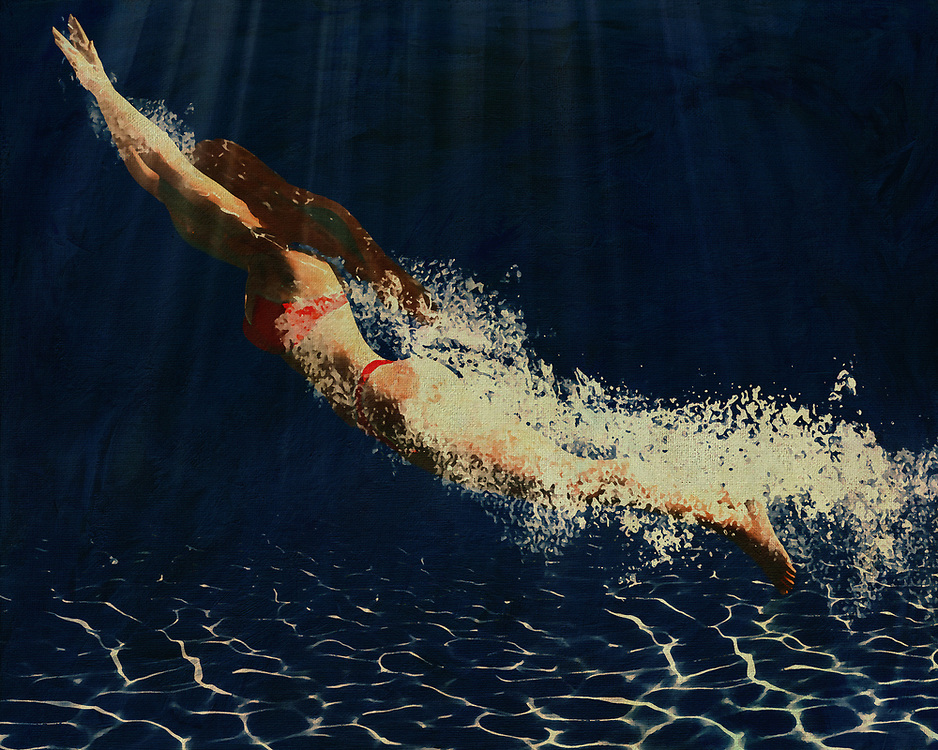