The Pontiac Safari Station Wagon was designed and built by Pontiac in January, 1956. The original name for the Pontiac Safari was "Thanksgiving." The name changed to "Scavage" when production continued on the Safari for the final season of the model year. The last of just three model years that the Safari was produced, it is considered to be one of the finest examples of a Pontiac station wagon. As such, it was subject to many modifications over its lifetime, some of which remain to this day.

The basic layout of the Pontiac Safari Station Wagon was a standard model made for a U.S. market station wagon with a two-door storage compartment and a six-inch wide door window. The interior of the wagon was leather with vinyl upholstery, with vinyl dashboards and seat belts. The exterior was a high gloss paint with silver running trim. It was powered by a Pontiac V-10 engine with dual carburetors. The final model year of the Safari station wagon had minor changes such as the addition of side steps, new fender badges, front bumper pulls, and new grille guards.

As the 1960's brought major production changes, styling became more relaxed for Pontiacs. Pontiacs were built again in both the sedan and Coupe styles, with production focusing mainly on the Convertible model. After a handful of years on the production line, production finally ended in November of 1956, with all remaining pontiacs being exported to Canada. Following this, the company was sold to K&N Whitworth, Inc. The last Pontiac to be produced in America was the last Coupe model, which went out to the public in the form of an export truck. 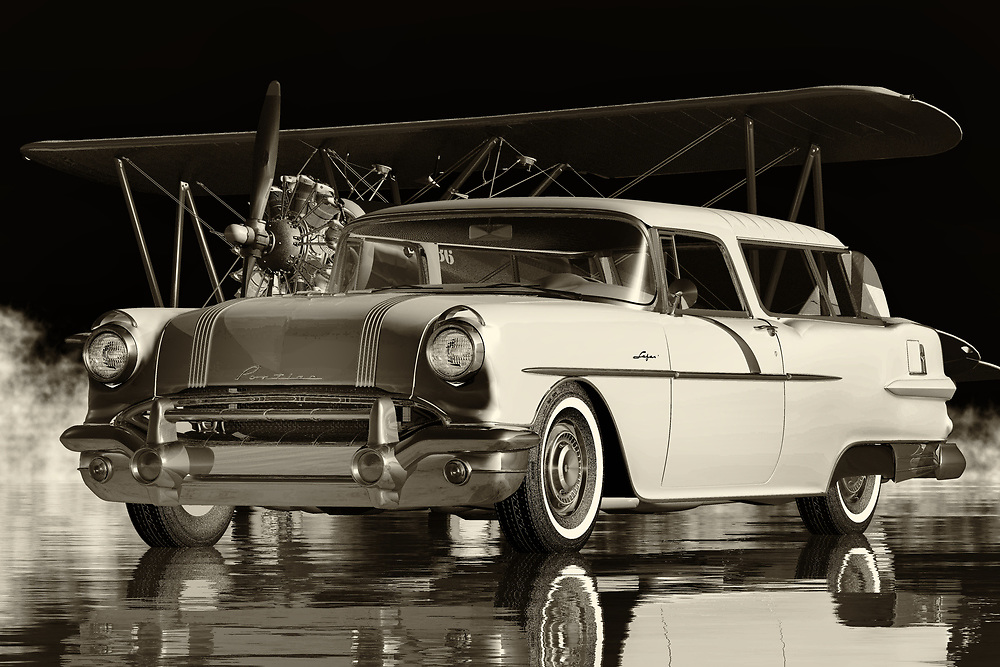