Jan Keteleer is a Belgian artist who specializes in photorealistic paintings of women and nature. His works are characterized by lone figures and scenes of the ocean. Many of his paintings feature women swimming and diving. This style of painting has been compared to the Barbizon School and Hudson River School, which both developed from the same style of landscape painting. These artists are known for using light to create psychologically charged atmospheres. In addition, his subjects appear sabotaged and exposed, which makes these pieces so entrancing.

Jan Keteleer's paintings are photorealistic and depict scenes of women in water and on tight ropes. His works are largely psychologically charged, and his sitters never reveal their faces. They seem vulnerable, and their bodies are rendered in a luminous, iridescent blue. They also show the nuances of a woman's body, which is often in contrast to her body parts.

While Jan Keteleer is best known for his lone figure paintings of swimmers, he is gaining popularity as an artist in other mediums. His oil paintings, especially his swimming pool scenes, have been compared to the Barbizon School and Hudson River School and have received praise for their mesmerizing and haunting imagery. His mixed-media pieces, such as Girl diving into water, are atmospheric and have evolved out of his interest in underwater photography. 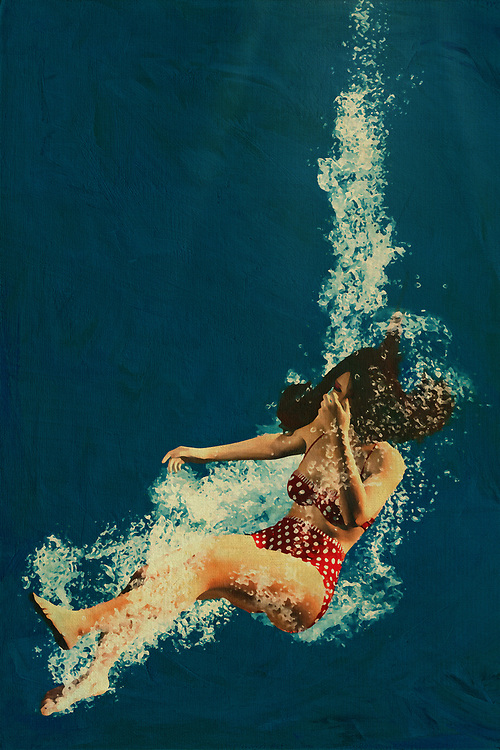